skip to main | skip to sidebar

Today sees the launch of NCVO's new StudyZone course entitled "How to raise Legacies from Scratch".

The course consists of a 30 minute, practical video covering the essentials of legacy fundraising, written and presented by Simon George of Wootton George Consulting. It is the latest in a series of NCVO offerings, covering a wide range of fundraising and other voluntary sector topics.

The training is available as a one-off purchase for £8.99, or subscribers can pay £9.99 per month to access all of the StudyZone courses. With each course, there is a freely available introduction to give a flavour of its content.

I'll be interested people's comments on the legacy training!
Posted by Unknown at 10:22 No comments:

At the board meeting of a charity of which I am a trustee, we signed off the accounts this week for the last financial year. Our Finance Director had been expecting a deficit and had been resigned to having to dip into reserves by a small amount, when we had been hoping to break even.
Just before the financial year closed, however, we were notified of a residuary legacy from a generous supporter, which saved the day. At £36,500 it was a very welcome donation and made all the difference to the accounts – proof again (as if we needed it) of the value of legacies and legacy marketing. In essence, we can’t plan the timing of legacies but if we put in the effort, the legacies will certainly come through.
As a Christian organisation, the charity concerned sees divine timing in this but I am also reminded of the Arab saying “Trust God and tether your camel” – in other words, providence may influence the legacies we receive, but we also need to do our bit, by reminding our supporters regularly that legacies are vital to our work.
So don't put off your next legacy actions. One day you (or your successor) will be glad that you "remembered to tether your camel".
Posted by Unknown at 16:54 2 comments:

Size and age of charity need not be a barrier

Fundraisers often equate success with legacies in part to the age, size and profile of the charity. In other words larger, older and well known charities tend to be well placed to raise legacy gifts.

However, I have recently been advising a small charity that is less than five years old, is certainly not a household name and has no supporter database, but which has already received a dozen legacies, including several large residuaries. So how have they achieved this?

The glib answer is more by luck than planning. In fact, until recently, they did not ask for legacies at all. They do not even have a legacy pack and have never run adverts or done legacy mailings - but the gifts still come in.

One thing the charity does have on its side is publicity. It is a benevolent fund and when support is given to someone in need, the local media often pick this up around the country and gifts seem to follow in part from these locations.

The secret I suspect is that the charity makes a very direct and visible difference to the lives of its beneficiaries and people respond well to this. Donors no doubt like the direct link between donated funds and individuals in need. They can imagine the difference the support will make. Maybe they also like the fact that the charity is small and uses volunteers and is therefore not "wasting" money on overblown administration. All these factors seem to combine to make a powerful case for legacies.

The really exciting thing is to imagine the potential when the charity starts to promote legacies effectively. My belief is they have the scope to increase legacy income significantly, just by putting in place some basic soft sell promotion and drip feed. Certainly the strategy we are developing will be aiming to do this, based on their strong case for support.

The key learning point for me is that even small and new charities can soon start to see legacies if they get their case right (even by accident!) and communicate it effectively.
Posted by Unknown at 12:37 No comments:

On holiday in Devon recently, I visited the Donkey Sanctuary, famous for its legacy income. Two things struck me. Firstly, entry was free – a great way to attract new donors from around the country. Secondly, on the walls around the site were huge boards naming their legacy donors, year by year.  They were unmissable and listed the many hundreds of people who have remembered this charity in their wills. So what can we learn from this?


The Donkey Sanctuary calls these boards its Memory Wall and, although it does not make a big play of it in its legacy promotion, it must be having an effect, as legacies account for over £18 million of its £27 million income.


This got me thinking again about how we thank and recognise our legacy donors. Charities do this in many different ways, from the traditional books of remembrance, to plaques on the wall, tree planting, lists in annual reports and, more recently, on their web pages.


What struck me at the Donkey Sanctuary was this very public form of recognition and how it no doubt also functions as a prompt to visitors to leave a legacy. So a combination of free entry, a good visitor experience and public recognition has been very effective in securing donations, including legacies, for this charity. No doubt there are other factors (strong case for support, effective communications programme etc), but this high profile recognition must be significant.

The question then is whether your charity is making the most of its opportunities to thank and recognise its special donors. You may not have any fluffy donkeys or even space for a memory wall, but maybe you have some other opportunities you to be developed? Maybe it is time to review this aspect of your legacy campaign and consider some imaginative ways of thanking and recognising donors?

Legacy marketing can be a bit "us" and "them" can't it? We the charity asking them the supporters for a donation. We use marketing techniques to overlay and crunch the data. We segment and target prospects that match the best profiles and have the greatest propensity to give. It can all seem a bit one way, impersonal and data driven. But there is a different way.

Some of the most effective legacy fundraising I have seen is based not so much on these techniques (although we cannot abandon them entirely), but on developing a strong legacy culture, in other words where leaving a legacy to a given cause is the normal, natural thing for supporters to do.

200 years agao, it was a very normal thing to leave a legacy to your local parish church. Look in many older church buildings and you will still see the plaques remembering these donors. They did it because it was expected and just "what you did". But we have got out of the habit, which is why charities invest so much in persuading people it is a good idea and why Remember a Charity has been seeking to normalise legacy giving again.

There are examples though of charities in recent years that have successfully established legacy giving as the norm, from trustees and major givers downwards. Take a look at the Acorns Childrens' Hospice campaign as a good example. This charity has massively increased its legacy income and also created a deep culture of legacies. The two are clearly connected. So what are the secrets to achieving this?

Firstly, leadership. From the top of the organisation it needs to be made clear that serious supporters are expected to leave a legacy. Trustees can take the lead here.

Secondly, openness. Successful legacy fundraising charities talk about legacies at every opportunity, in a natural and unforced way, whether this is in conversation, in literature, at events or on websites.

Thirdly, consistency. Legacies are not just promoted occasionally when the latest appeal is out of the way or fitted into a mailing schedule. Rather they are given priority and mentioned regularly, so that everyone in the community associated with the charity gets the message.

Fourthly, internal marketing supports the external. By making sure all your staff, trustees and volunteers "get" the importance of legacies, you are creating a large sales force of ambassadors that can extend its influence far beyond the reach of the fundraising team.

Creating a legacy culture is not a quick fix. It takes time and persistance, but for those charities that achieve it, the results are the holy grail of fundraising.
Posted by Unknown at 15:39 No comments:

A new guide is published this week in a series of e-books about managing and fundraising for charities.

The Charity First Series, published by the Social Marketing Partnership, is a new range of practical guides to help charities - especially smaller organisations - to improve their game. The series tackles some important issues, such as legacy fundraising, prospect research and major gift fundraising. Further titles are planned for 2012.

Published at just £7.99 each, they are an affordable way for smaller organisations to access expertise in these areas.

The guides can be puchased as downloadable pdf's here:
http://www.spmfundessentials.org/titles/
Posted by Unknown at 14:17 No comments:

No Will - No Legacy

A good friend of mine is currently enduring the nightmare of trying to sort out the affairs of an aged relative who has died intestate. It is the last thing she needs and is very frustrating, as the relative in question had been told by all around her to make a will but never did. Now she has left a mess to be unravelled and the corresponding expense of paying a solicitor to sort it out. To cap it all, my friend has got all the responsibility of registering the death and arranging a funeral, while distant relatives who cared little for the aunt, and were essentially estranged from her, are now showing great interest in their former relative's affairs.

So what do such situations tell us? Obviously it reinforces the need to make a will, not least for the sake of those left behind and to protect the value of the estate from legal fees. Secondly, making a will can reduce a lot of stress in families by determining who gets what and avoiding arguments (my friend has had to keep a detailed account of her expenses, which will certainly be strutinised by the aunt's beneficiaries). Finally of course, without a will there will be no charitable legacy. The irony is that the aunt was estranged from her sister and had not seen those who will inherit her estate for many years. A legacy to charity would arguably have been a much better choice for her, a charity and my friend.

Legacy fundraising practice used to involve reminding people to make a will and warning them of the consequences of not doing so, with a legacy request bolted on. Things have moved on a lot in the last 20 years and we know that most targets of legacy messages already have a will, even if it may need updating. However, I wonder if we have thrown the baby out with the bath water? Could there still be a place for warning people of the nightmares they are creating for relatives by not making a will (and of course in the process remind them that they can also remember their favourite charities)?

We should obviously not overdo the doom and gloom - legacy fundraising needs to be a positive business after all - but I do wonder if the odd salutory reminder can still focus the minds of recalcitrant prospects who do no one any favour by omitting to make a will?
Posted by Unknown at 16:05 No comments: 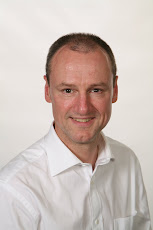